Reducing Global Food Waste One Smart Label at a Time

Keeping a global population of nearly 8 billion people fed sounds like a staggering challenge. But between modern agricultural practices and breakthrough technologies that make it easier to cultivate, transport, and store food at a greater scale than any other point in human history, the Earth can produce enough food to feed more than 10 billion inhabitants.

Record breaking food production, however, doesn’t mean that every man, woman, and child is able to go without hunger — or that all food gets put to good use. World hunger, food insecurity, and inefficiencies in food production continue to plague societies around the globe, requiring sustained investments in technologies and public policies to help eradicate food insecurity and ensure that vast amounts of food does not get squandered.

The Global Impact of Food Waste

Every year, according to the Food and Agriculture Organization of the United Nations,1.6 billion tons of food valued at $1.2 trillion is lost or wasted. According to the U.S. Department of Agriculture, up to 40% of the country’s food supply, weighing in at 133 billion pounds and $161 billion is lost at the retail and consumer levels.

Beyond the financial impact of food waste, many of the major concerns surrounding the issue deal with the impact wasteful production have on local communities and the environment. Wasteful food production and distribution methods, for instance, can lead to spoiled or damaged goods, depriving those in need of being able to access food that could have otherwise wound up on shelves. Resources spent to cultivate, transport, and preserve foods that don’t reach the dinner table are also squandered, wasting vast amounts of energy, land, and labor.

The Climate Impact of Food Waste

Perhaps most importantly, food waste has a significant impact on the Earth’s changing climate. The U.S. Environmental Protection Agency has identified food waste as the largest category of materials placed in landfills, contributing to methane emissions that account for nearly 15% of the country’s total. Between carbon emissions produced by fossil fuels and methane emissions created by livestock and agricultural practices, reducing humanity’s impact on the global climate is imperative to maintaining a sustainable, safe, and stable natural ecosystem. 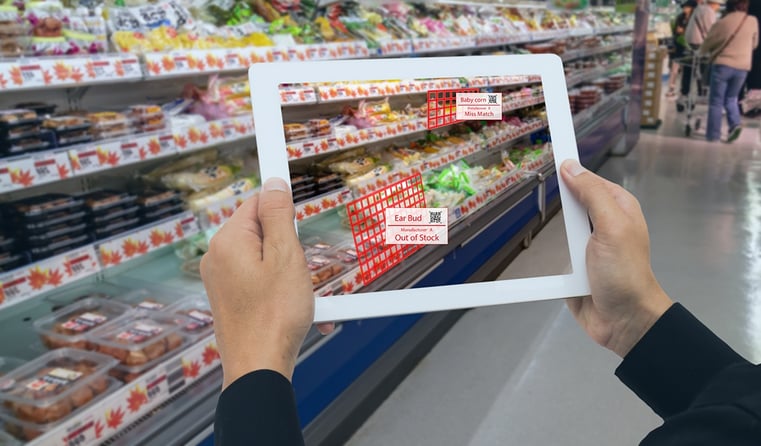 Eliminating food waste, according to the World Wildlife Fund, could cut down greenhouse gas emissions created throughout the food production process by nearly 11%. Therefore, the United Nations Sustainable Development Goals has set an ambitious target of cutting global food waste at the retail and consumer level in half by 2030. Without taking drastic steps to make food production and distribution more efficient, it’s believed that the problem will only get worse, leading to wasting 2.1 billion tons of food valued at $1.5 trillion by the end of the decade.

Technology is poised to play a major role in reducing global food waste. Many of the underlying causes of food waste, such as premature spoilage and inaccurate temperature data that affect supply chain management, can be addressed through smart, connected solutions. In an industry that’s long sought to identify waste but not always to prevent it, new tools to help prevent it from going bad in the first place can play a significant role. 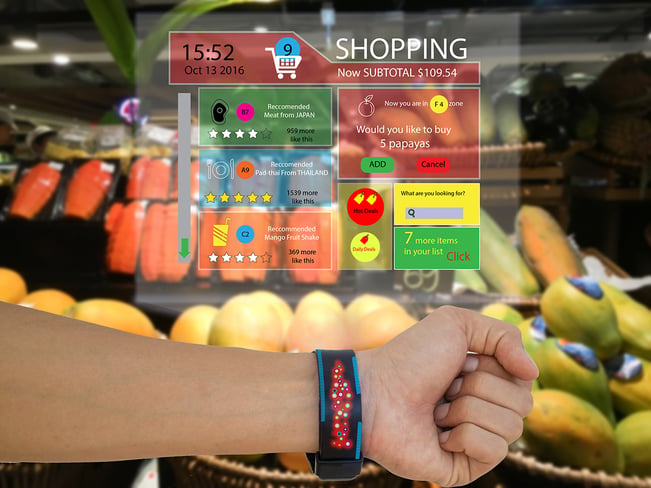 Internet of Things (IoT) devices are among the most important technologies in place to reduce food waste. Real-time data collection through a network of smart sensors can allow farmers to accurately determine the best harvest dates, ensuring that food is grown and gathered on an ideal schedule. By preventing crops from being picked too early or too late, they reduce food waste at the very source and ensure that goods gathered for distribution arrive at the right time.

Across the supply chain, an entire network of connected circuits, batteries, and labels can provide additional real-time visibility. Taking advantage of devices that offer instant location, temperature, and humidity monitoring makes it easy for producers and distributors to easily assess their conditions. Deploying IoT devices throughout the food production industry doesn’t just help reduce food waste— it also allows companies to make their businesses and operations as streamlined and efficient as possible.

How Ambiq Can Help

Ambiq is fully committed to reducing carbon footprints through technology. It’s a leading producer of energy-efficient microprocessors (MCUs) and systems-on-a-chip (SoCs), and its technology lies at the heart of many of today’s most innovative IoT solutions. Flexible labels embedded with SoCs like Ambiq’s Apollo make it possible to track, store, and share data for highly efficient farming and transportation. By supplying the core components that power many of the essential solutions used to tackle food waste, Ambiq can help the planet reduce its overall carbon footprint and develop a connected, sustainable future.