The Growing Popularity of the Camera Doorbell

Camera doorbells have gained popularity over the past few years. They are an affordable, discrete way of protecting the home and the family, as well as of managing deliveries and guest arrivals, without being physically present at the front door. They are popular amongst individuals living alone and families and have begun to appeal to every generation, giving elderly homeowners an added sense of security too.

Camera doorbells can be connected to all manner of smart home assistants and Internet of Things (IoT) devices to facilitate all-around home automation, including instant alerts, security recordings, and voice interaction with people outside the home. They provide a greater sense of confidence, and afford the homeowner a more efficient way of living.

But the benefits of a video doorbell do come with just a few considerations. Put simply, homeowners must consider the risks to their privacy, and the privacy of their neighbors.

Though almost all camera doorbell manufacturers promise privacy and encryption (on data), the devices can still be subject to hacking, particularly if the recordings and data are stored in the cloud. The risk is minimal, nevertheless, it is still important to familiarize oneself with what can be done to safeguard smart devices.

In some instances, camera doorbells have helped the authorities catch the perpetrators of crimes, especially theft or criminal damage. The motion-activated recorded footage from these devices can be invaluable in identifying the criminal and proving the crime; and, as a result, act as an effective deterrent too.

More often, however, camera doorbells that have been installed incorrectly have been the cause of disputes between neighbors and, in some cases, lawsuits. Inadvertently capturing video or audio recordings of someone not in the household, outside the property boundary, can result in a fine if that person feels their privacy has been infringed upon.

It’s also important to be mindful of the potential privacy invasion posed to neighbors from the doorbell’s camera reach and coverage. To ensure proper installation of the video doorbell, here are some helpful tips. 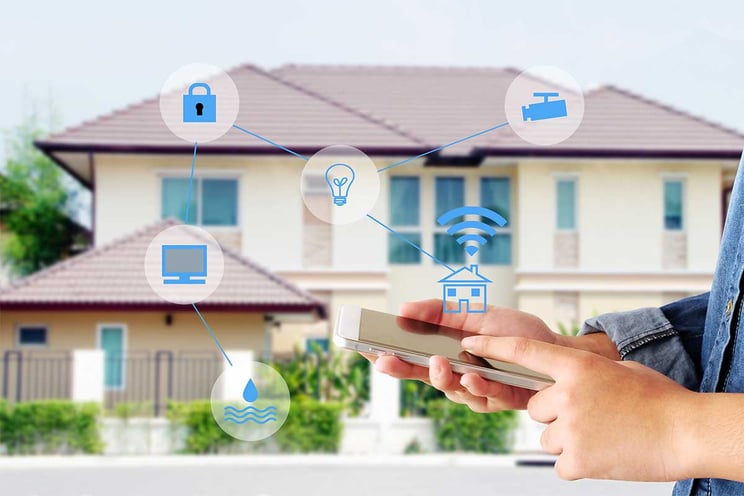 As mentioned before, security is something that many property owners want in their homes. Video doorbells give a level of security that remains unmatched for the average homeowner. As its popularity booms, the technology has not been specifically legislated against. Pre-existing laws dictate that it is illegal to record footage or audio in private areas, but personal video surveillance on one’s own property remains legal, provided the five points explained above are adhered to. For this reason, keeping on the right side of the law and respecting neighbors’ privacy lies in the homeowner’s hands.